The wood of rosewoods and palisanders from the botanical genus Dalbergia has a decorative coloured heartwood with dark streaks, high density and favourable wood properties, and thus is traditionally used and highly valued for prestige products and musical instruments. Among the most famous representatives of the genus are Brazilian rosewood (D. nigra) and Indian rosewood (D. latifolia). Due to its over-exploitation, Brazilian rosewood was put on the CITES list (Convention on International Trade and Endangered Species of Wild Fauna and Flora) in 1992 (Cites, 2018) as part of Appendix I, which lists the species threatened with extinction, and trade in these is generally prohibited. According to new CITES trade rules which came into effect at the beginning of 2017, the entire genus of Dalbergia (>250 species) has been put in Appendix II, which includes species not necessarily threatened with extinction, but in which trade must be controlled in order to avoid utilization incompatible with their survival. Due to these regulations, the correct identification of the wood is very important. Based on the use of relevant wood anatomical keys we present the 20 most important species of Dalbergia. We present and discuss the main wood anatomy features and questions related to identification of species belonging to the same genus. We present the importance of rosewoods for the production of musical instruments, as well as the problem of control and prevention of their illegal trade. 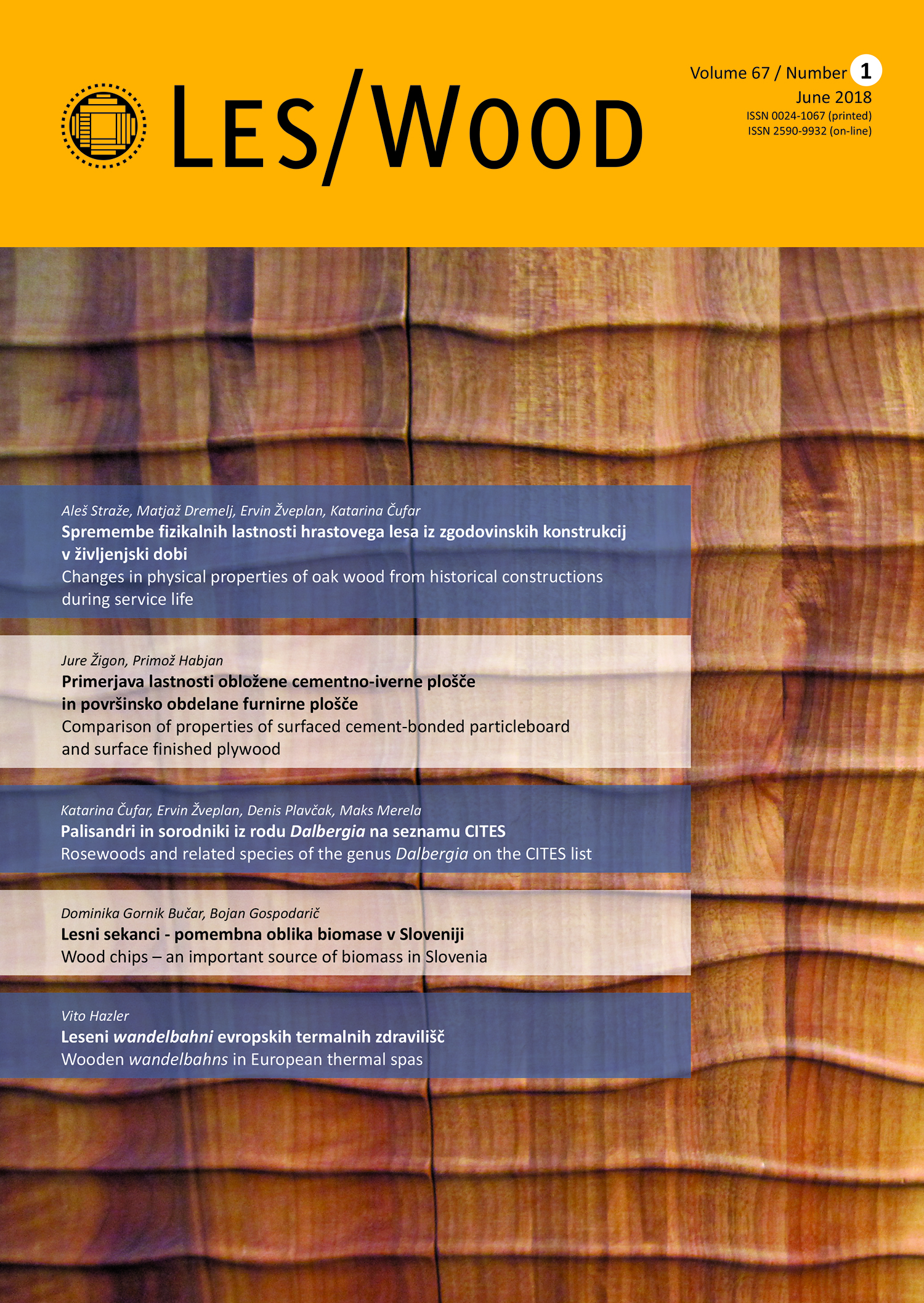